This was the most joyful moment of my entire Refugee partnership trip! This place amazes with its spirit and that originally comes from the spirit of its people! It was WOWWWOOWOWOOW! It was AMAZING! After all of those events and all of the attacks, Brussels seems to resist the prejudices and fears, and remained untouched in its spirit. People sitting on the main square, playing music, socializing, enjoying themselves. Pride flags on the street at the old part of the city, people from all genders, races, religions and natures holding hands and sharing only one thing- LOVE! So I am not able to speak about anything else except the love of life and the strong spirit of the people in Brussels! Long live Brussels and may you stay one of the capitals of diversity and culture as you are.

To connect my story closer to the recent situations,  the refugee crisis has been truly important topic for Europe in the past years. In 2014 and 2015 the European Union was surprised with a great wave of refugees coming from Syria, Afghanistan, Iraq and other countries (source: http://www.bbc.com/news/world-europe-34131911). At this point, the biggest humanitarian refugee crisis starts! The European Union’s state members have shown truly diversified thoughts about the crisis and welcoming of refugees. After numerous attempts for resolving the problems of refugee crisis, and trying to issue the status if asylum seekers, even in 2017, the refugee crisis is still truly common topic and a matter of discussion since it also caused many social changes and created challenges for the countries.

There is one more segment about the topic of refugee that I would like to point out, and that is the media influence on this situations. As the countries, as well as the media have been divided in displaying information for the situation. There have been media massively contributing to the resolving and getting the real picture with the refugee crisis, but on the other side there have been media that popularized only the negative impact of the crisis. A panic, a lot of fear and many prejudices have been created in the segment of negative picture on the refugee crisis. To add up to the entire situation, the deadly attacks across Europe have been increasing the insecurity and the fear. Brussels, Munich, Nice, Normandy, Berlin, Istanbul, London, Stockholm, St Petersburg, Manchester and Barcelona, have been the places (some of them more than one time) taken into the wave of fear and insecurity. At this moment, Europe is recovering, and many things are done in order people to understand the situation better, to start working towards finding solutions and not looking for someone to blame. At this point, as far as my eyes can see, a lot of effort has been invested into educating people and preparing them to start accepting refugees. They need to be seen as regular citizens who have been in danger, people who did not have a choice. Their stories are heroic and their lives should be made better in Europe. The main goal of society as the European is to accept them and make this incredible and tough story, a story of better life.

Take a look at some useful resources: 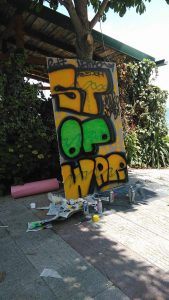